Shapes are the building blocks of everything we see, and the meaning of shapes speaks fundamentally to how we understand our world. They are so universal most visual artists first learn how to draw through construction, or breaking down images into basic geometry. But shapes are more than just practical, constructive tools: their meanings are what allow designers to communicate visually. 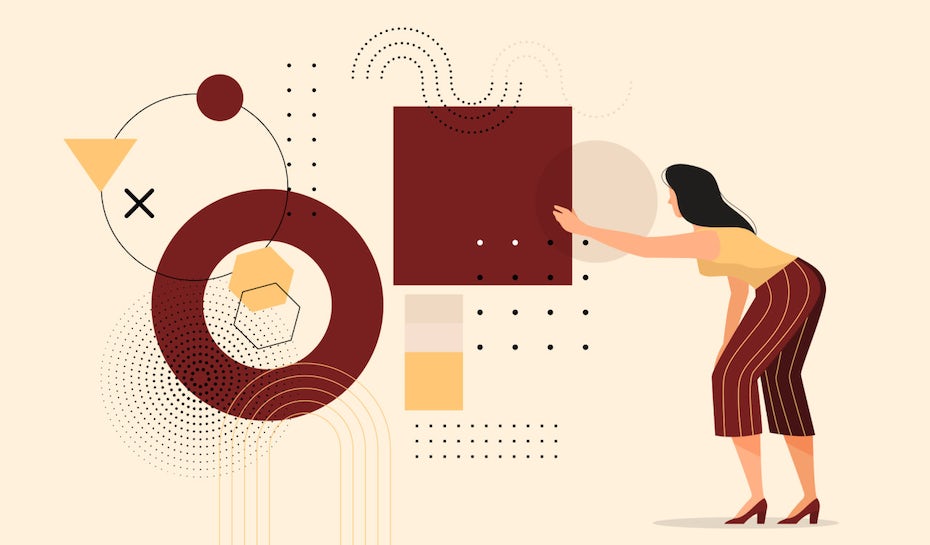 This is sometimes called shape language or shape psychology. Along with the other elements of design, shapes allow designers to convey characteristics and emotions in a nonverbal way. Conversely, failing to understand the meanings of shapes can result in unintended or mixed messages. To make sure your shapes are speaking a language your viewers will understand, we’re going to walk you through how to use the meaning of shapes in design.

The different types of shapes
—

Since all visible matter has a shape, the sheer number of potential shapes and meanings can seem never ending. This is why it is useful to sort shapes into overarching categories that share meanings as groups. We’ll list some of the common types of shapes here, and be sure to note the way in which these categories can overlap: 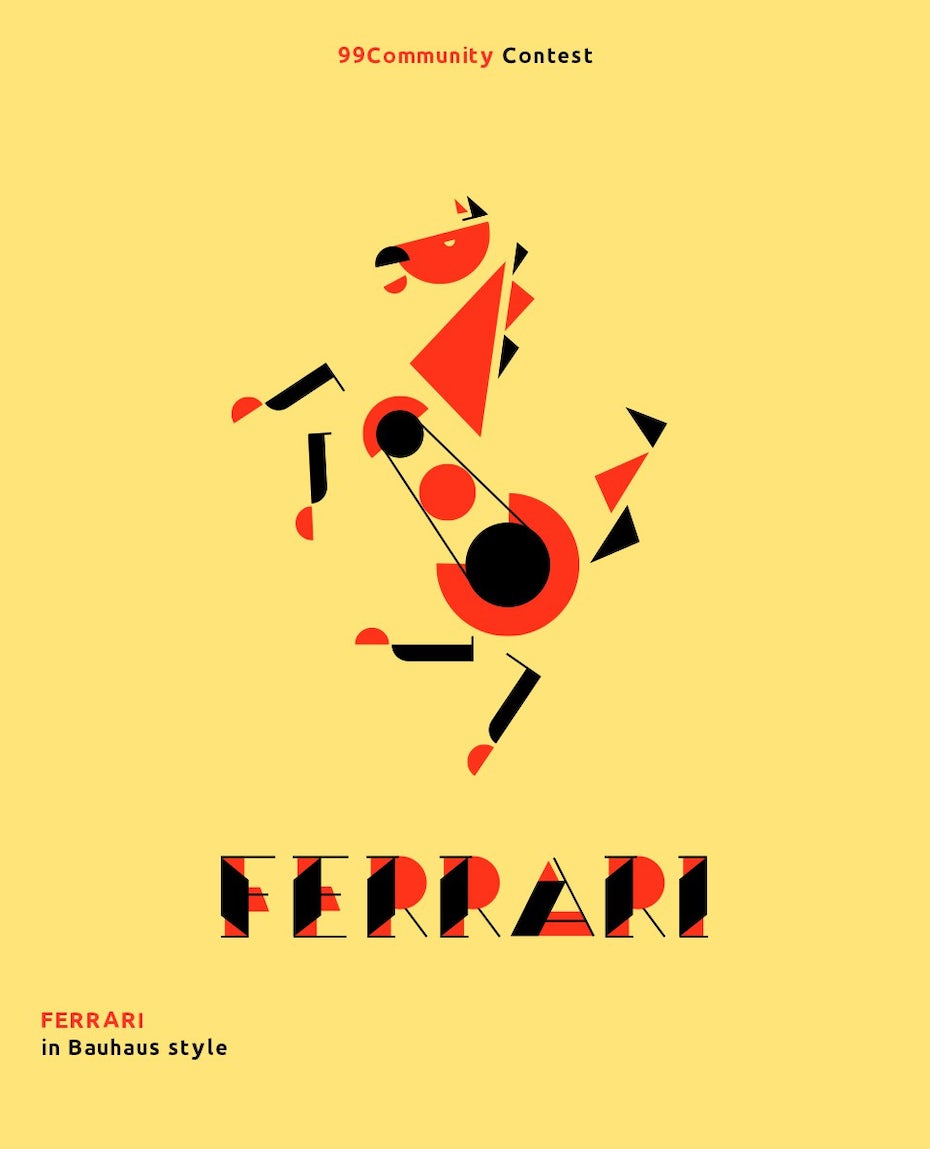 Simple vs. compound: Simple shapes, sometimes called primitives, are the foundational geometric forms such as squares, triangles and circles. This also includes their corresponding 3D forms—cubes, cylinders, cones and spheres. Compound shapes are larger, more complex shapes built out of simple shapes.
Organic vs. inorganic: Organic shapes are those that regularly occur in nature, such as a tree limb or rolling hillside. They tend to be curvier, composed of looser lines and less symmetrical than inorganic shapes—rigid, geometrical forms that are reminiscent of man-made objects such as buildings or machines.
Abstract vs. non-abstract: Abstract shapes, while often geometric and compound, tend to act as a symbolic reference. Most commonly these come in the forms of icons, such as the abstract humanoids used in bathroom signs. Instead of the explicit shapes, the circles and rectangles make up this abstract icon. And we understand the shape to represent a person due to our familiarity with the symbol. In short, abstract shapes depend on prior context or cultural knowledge.

Another concern for designers is how shapes are formed. If everything is a shape, how does one decide where one shape ends and another begins?

In simple drawings, shapes are usually defined by outline or color. In real life, shapes are defined by light and shadow, and painters often use this approach for three-dimensional realism. Even objects that are not explicitly connected can form unified shapes. The most obvious example is text: even if the letters are separate, an entire paragraph can form a unified shape due to the design principles of proximity and contrast (against a neutral background). A justified alignment of text will create paragraph squares whereas a centered alignment will create an organic, free-flowing shape.

Now that we understand the different forms these shapes can take, let’s explore their meanings in detail.

The meaning of geometric shapes
—
Squares 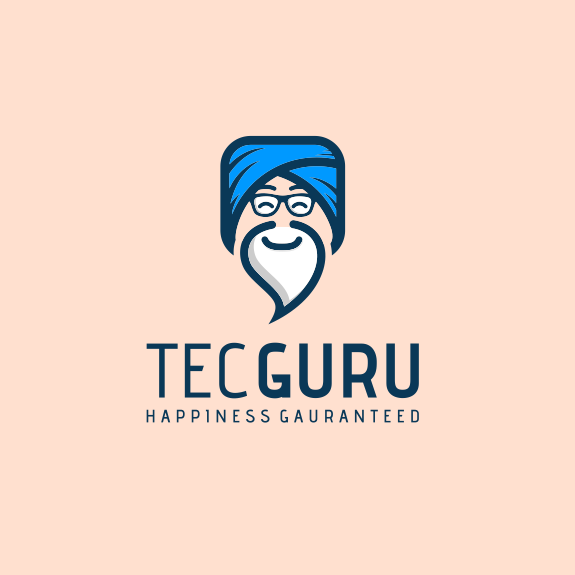 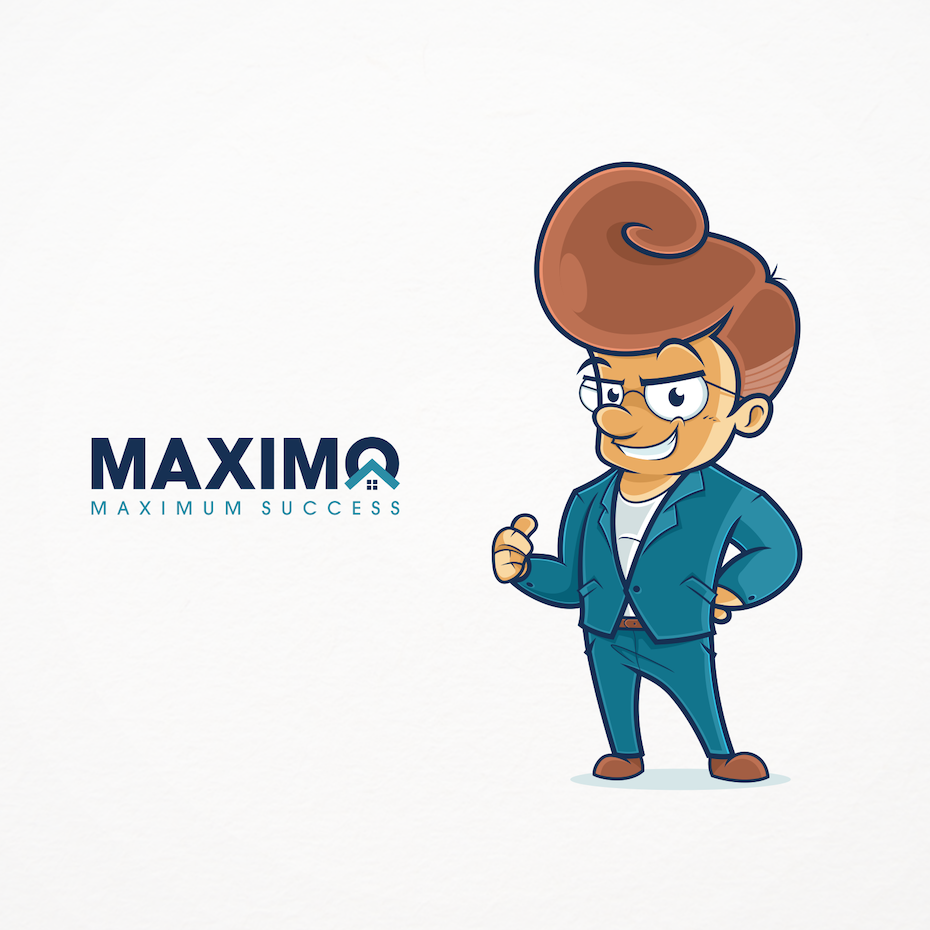 While shapes in general are the building blocks to the visual world, squares (and their sibling, rectangles) are literal blocks. As such, we typically associate them with stability. They remind us of skyscrapers and tall buildings, especially when stacked. They also tend to imply weight and immovability. Like buildings, you expect squares to stand firm. Similarly, a character with square shoulders and/or upper body can come across as strong, imposing or immovable. In terms of personality, squares can imply both reliability and sternness.

The meaning of squares 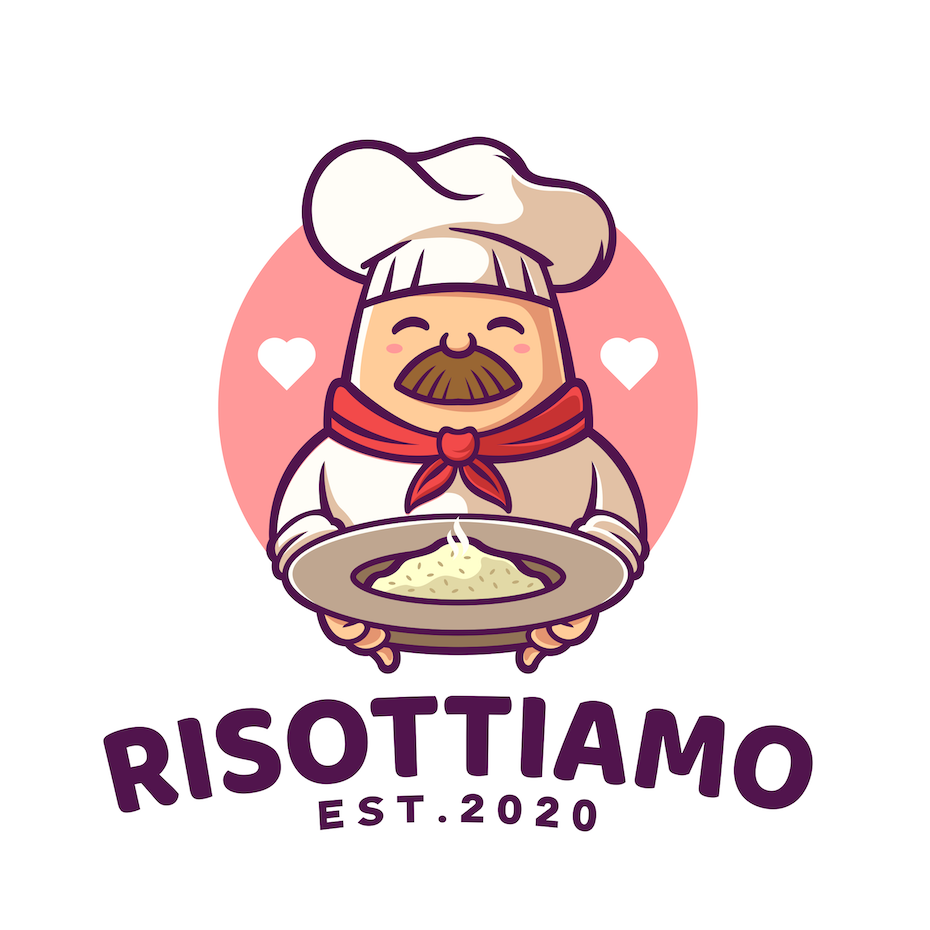 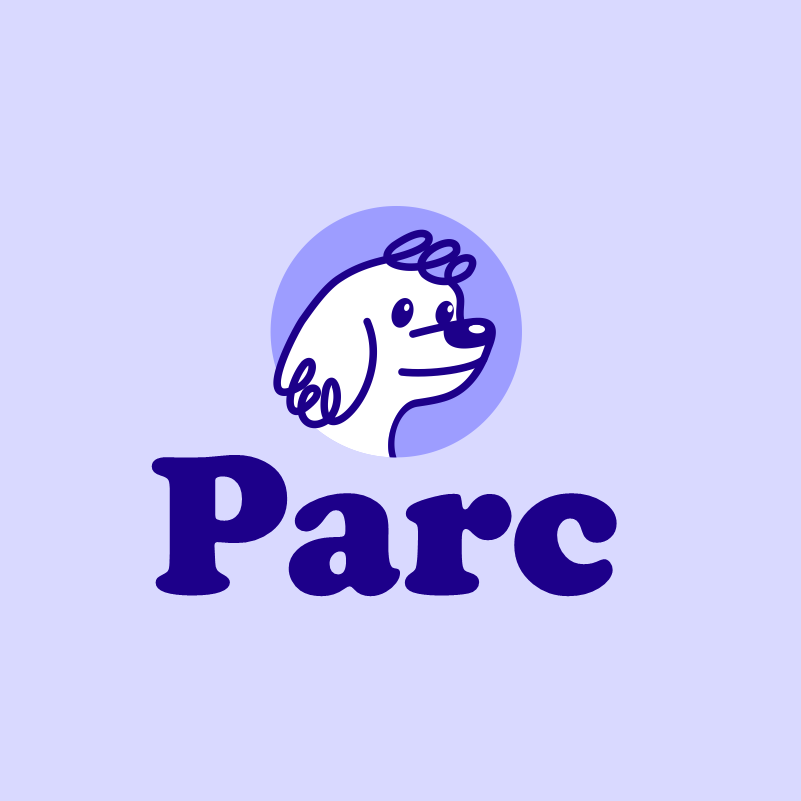 Circles are the near opposite of squares: their roundness implies that they are always on the move, hard to pin down. Where squares are strong as bricks, circles can be light as bubbles or clouds. They remind us of a wheel or a bouncing ball. They have no sharp edges, which makes them appear friendly. All of this gives them a joyful, almost mischievous personality, and they are commonly found in designs aimed at children. Despite this, circles are not all immaturity: the fact that they have no beginning or end leads them to be associated with lofty concepts such as eternity or recurring cycles, as in the rising and setting of the sun.

The meaning of circles 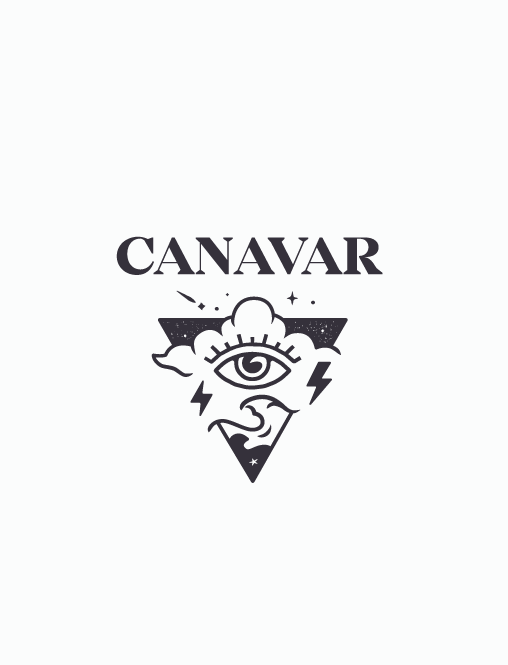 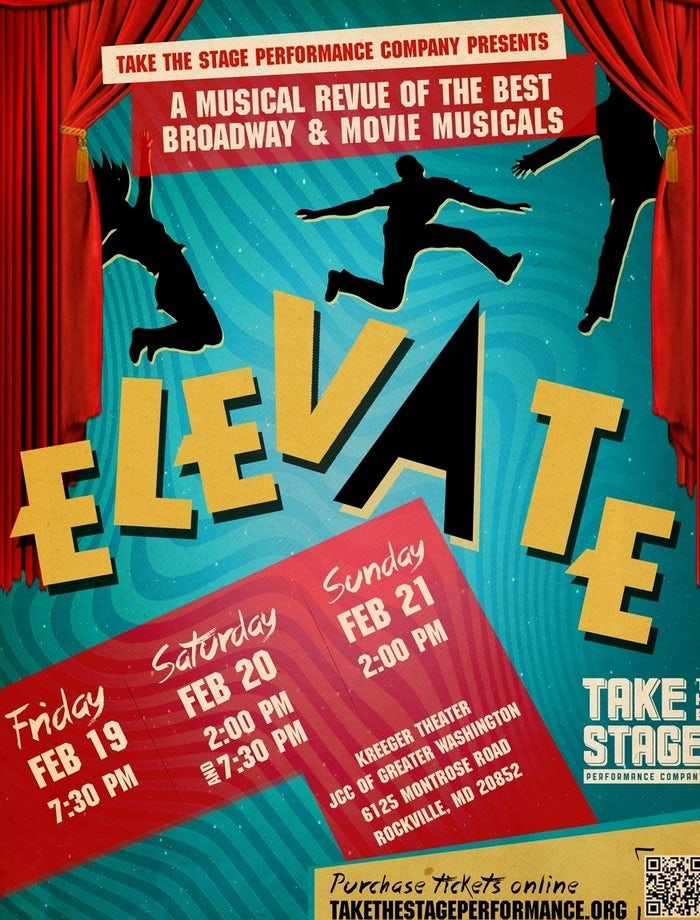 Although they are not the only shape to contain points and corners, there is something that feels extra sharp about the triangle’s edges. Triangles remind us of spearheads, and rows of them can feel like shark’s teeth. As such, they inherently imply danger. At the same time, the points are literally pointing, and we are used to seeing triangles in directional contexts, such as compasses or maps. Likewise, many ancient triangular structures such as pyramids and ziggurats are believed to have been built with the implication of reaching towards heaven. This can lend triangles an air of divine guidance, depending on the context.

The meaning of triangles

The meaning of organic shapes
— 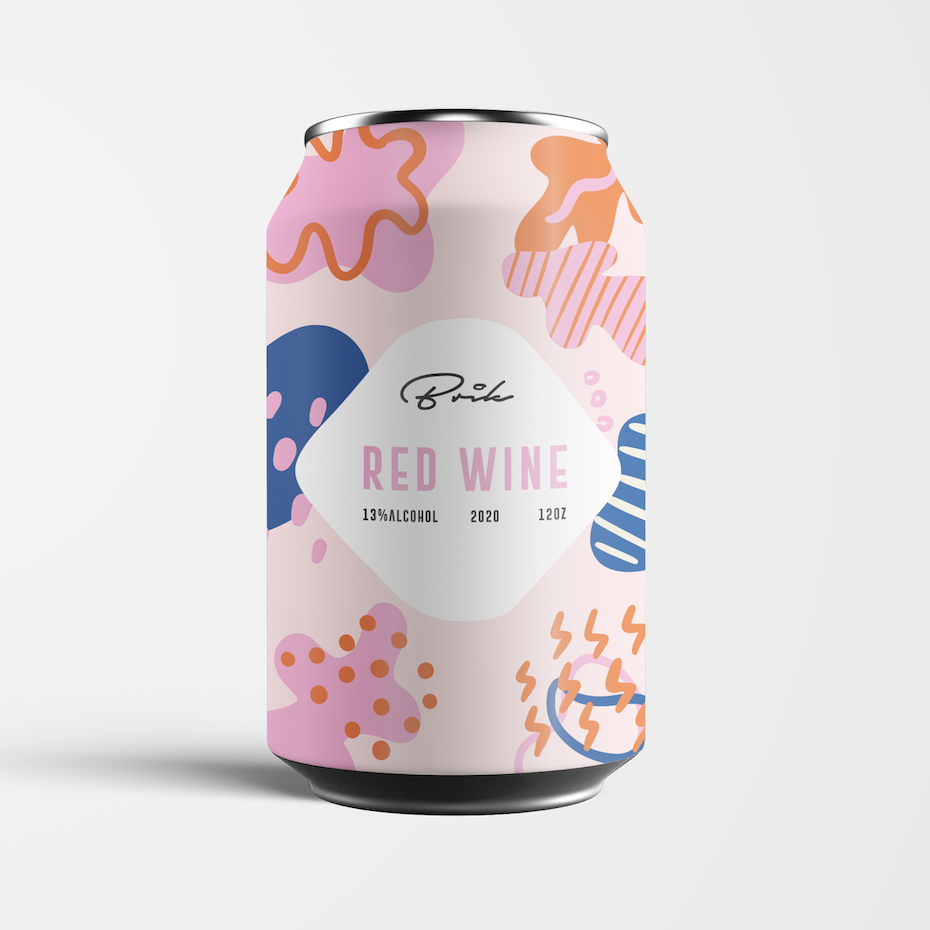 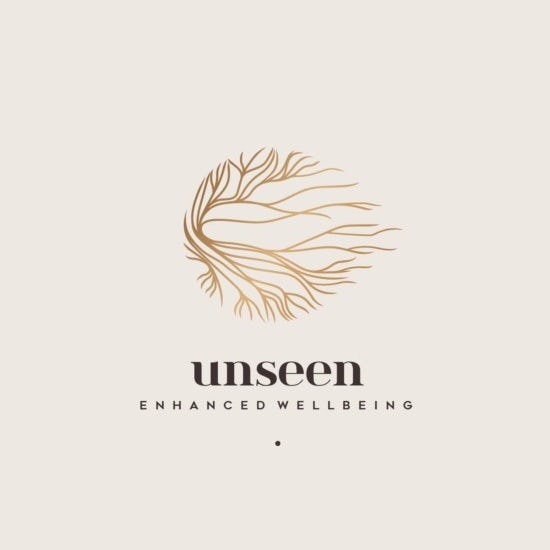 Organic shapes share many properties with circles as they tend to be characterized by curving lines. In this way, they communicate lightness and wellbeing, bolstered by the fact they are associated with nature. But as organic shapes are not geometric, they tend to feel even less stable than circles. They often look unorganized and unplanned (as opposed to the mathematical precision of geometric shapes), which gives them both a feeling of freedom and fragility. As they are usually not symmetrical, they foster the impression that they can be easily toppled over.

The traits of organic shapes

The meaning of abstract shapes
— 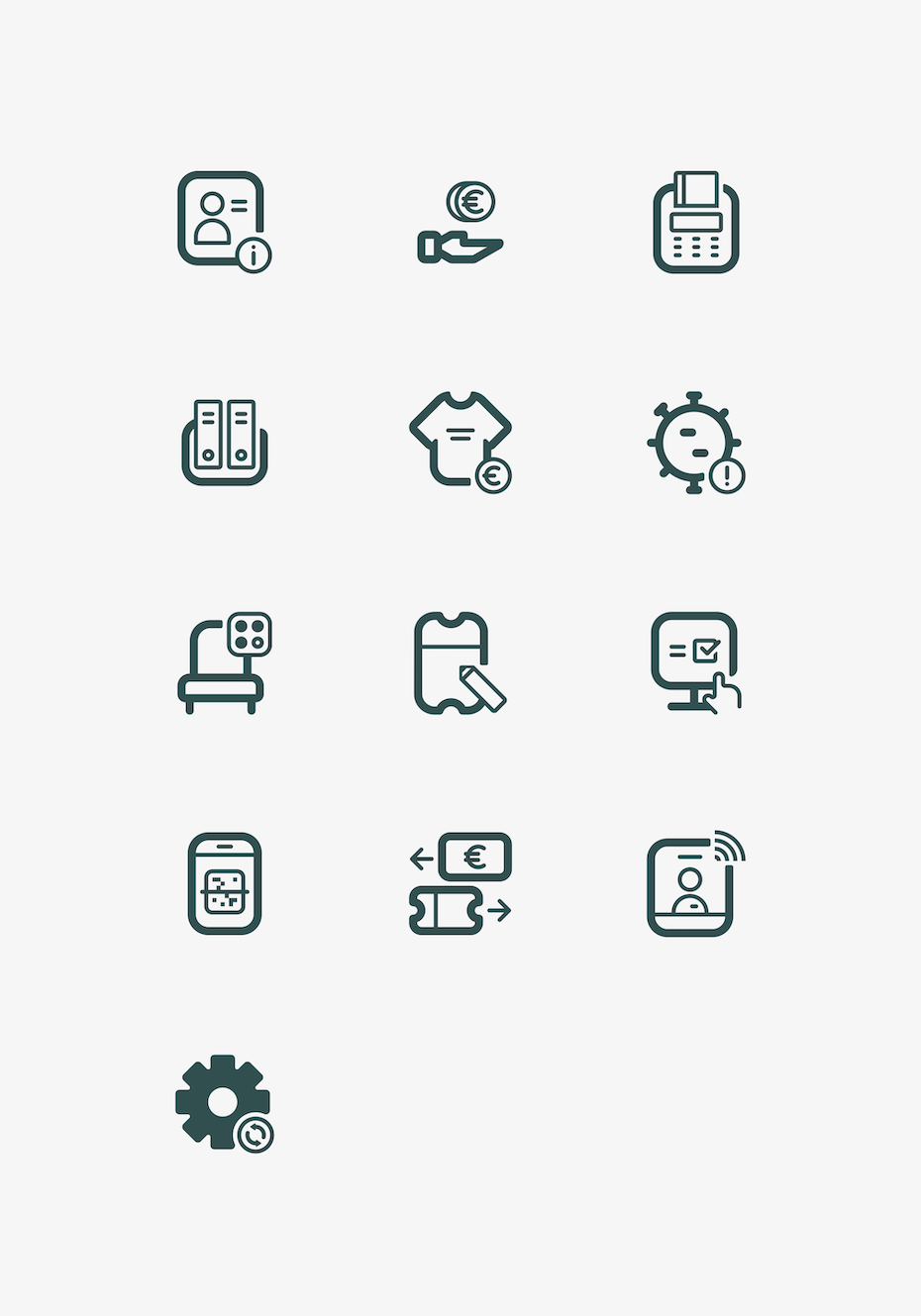 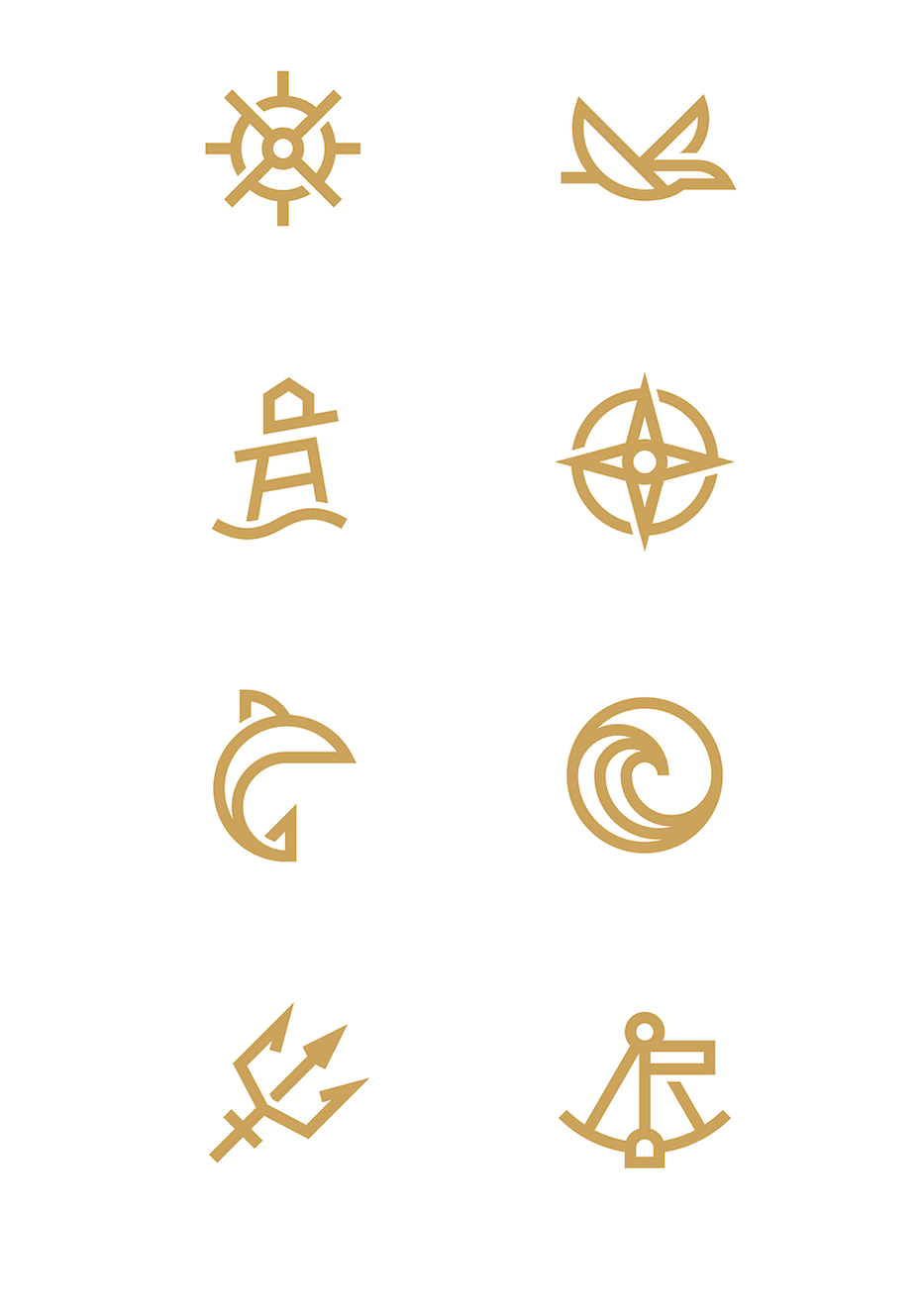 As abstract shapes typically rely on symbolism or references based around external knowledge, their meaning can vary widely depending on the specific shape and context. For example, in some cultures a cross can represent the four seasons, and in others it is a religious symbolic reference to crucifixion.

Similarly, in everyday app usage, we understand three parallel lines (the hamburger icon) to signify a menu. Imagine showing that icon to someone who had been living without any technology for the last few decades and had never used an app. Without the shared cultural understanding, it would mean nothing to them. For all these reasons, it is best to research shapes like these individually whenever you plan to use one in design. 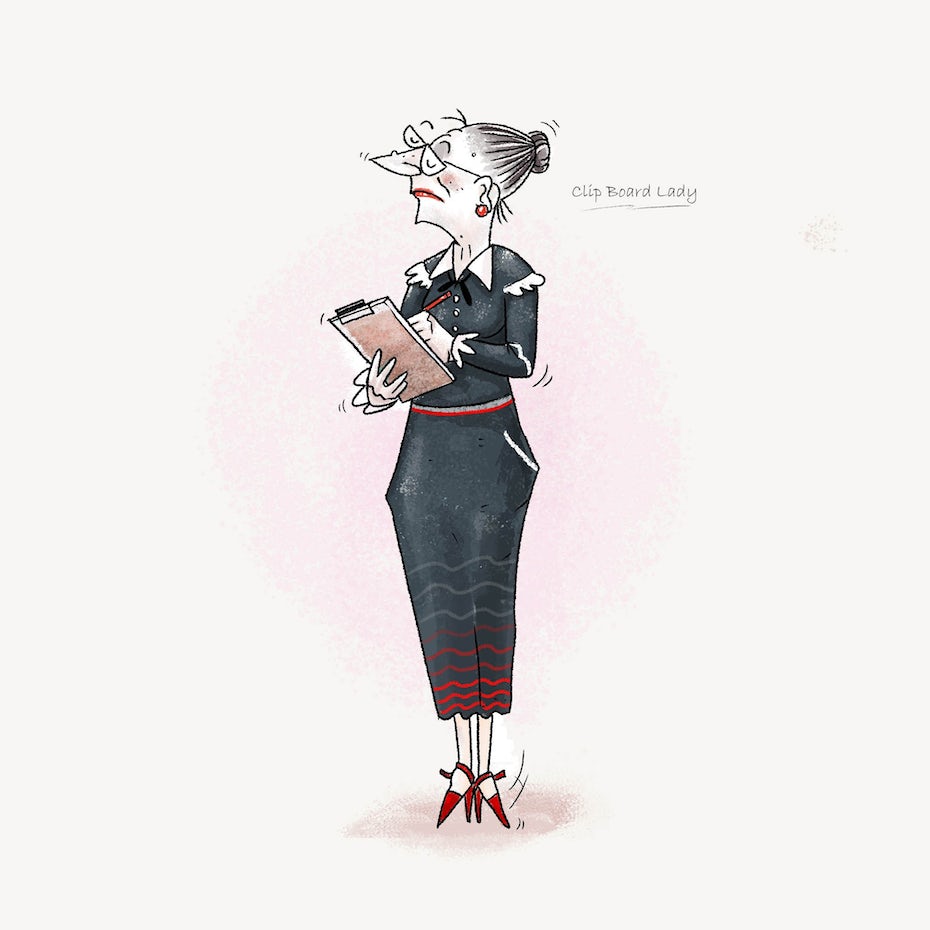 Even without context for this character design by Dyron Simene, what do the use of triangular points tell you about this character?
How to use shape meanings in design
—

Even without context for this character design by Dyron Simene, what do the use of triangular points tell you about this character? It is one thing to know what shapes mean on their own, but using and combining them in a design composition is no easy task.

If you are entirely new to shape language, you should start by paying attention to how other designers use shapes. Look for inspiration on sites like Dribbble, ArtStation, and Behance and deconstruct the compositions you like into basic shapes. Consider which shapes seem to be the most prominent or repetitive and why. 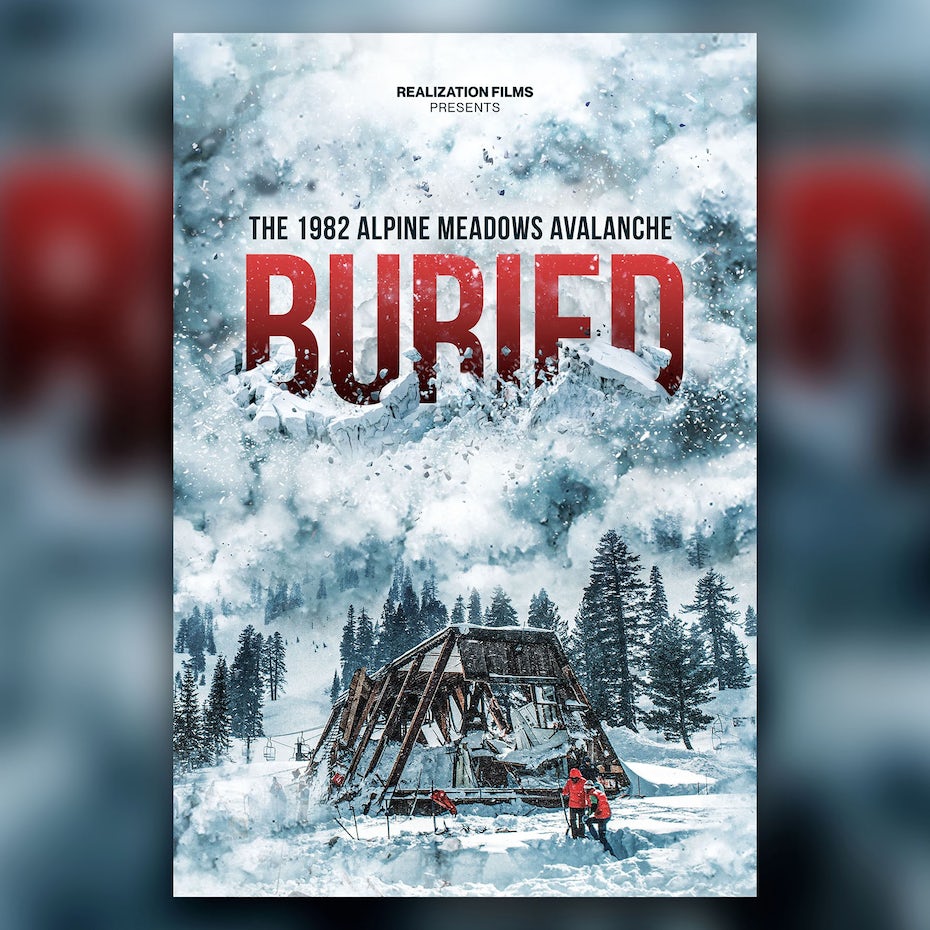 In this poster design by DiztriX, the natural triangles of the trees and shed work together to create a sense of danger. This is magnified by the weight of the blocky title bearing down on the composition.

Unless you are going for stark minimalism, your design will contain multiple elements and this will obligate you to work with several different shapes at once.

This is where visual hierarchy comes into play: if you are going for a particular meaning, you want to make sure the associated shape takes precedence. This allows its meaning to overpower the other shapes that are sometimes necessary for compound forms.

For example, if you are designing a character for children and want to use circles, rather than recreating the Michelin Man every single time, you can exaggerate roundness in the head or chest while keeping the straight lines in other parts of the character.

This character design by OtomPotom contains a number of shapes, but circular and rounded forms are exaggerated for emphasis.

Most importantly, shape psychology works best when it is subliminal. People don’t usually look at shapes and consciously think of words like “stable” or “dynamic.” It is more about the unspoken feeling that shapes create. With this in mind, don’t assume that you have to be too literal in your shape construction. As long as the elements of your design are suggesting forms, even loosely, they will carry the message.

Moreover, a loose approach will keep the individual shapes from distracting from your overall composition. Along those same lines, it is not always necessary to use the complete shape. Partial shapes such as semi-circles or the points of triangles will often still convey the associated traits of the whole.

It turns out that basic shapes have more uses than toys for toddlers: they are versatile tools that designers must know how to use. By ignoring the meaning of shapes, you will not only risk missing out on their communicative power, you may accidentally create messages and meanings that don’t fit your design’s vision.

Understanding the meaning of shapes is only the first step. Using shape meanings consistently, subtly and effectively, along with all the other elements of design, takes time and practice. So keep at it, refer to these principles as you work, and before you know it, your design’s true potential will start to take shape.

Want to get the perfect design for your business?

Work with our talented designers to make it happen.

The post The meaning of shapes in design appeared first on 99designs.

Batch Your Social Media Content and Bulk Upload Your Posts with Hopper HQ.

The Complete Guide to Business Partnerships