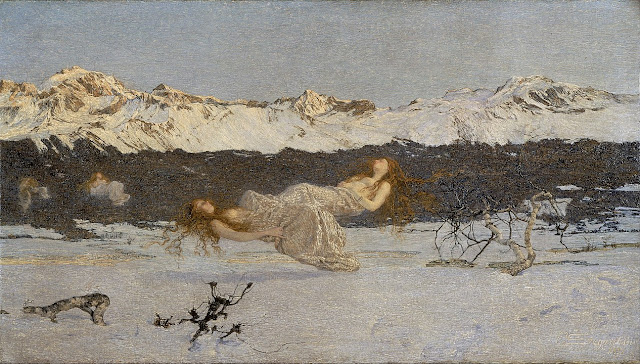 “A great deal in life depends on who smacked your hand at breakfast when you were a child.”

“Don’t make me turn this car around!”

Who, having been confined to the backseat of the family wagon, hasn’t heard those words uttered in frustration from the front seat? They’re part of the lore of the family trip.

But who in reality has experienced dad or mom actually turning the car around and canceling the vacation?

As children, we’re trained to believe that the worst threats would be fulfilled, with devastating results. Intimidation by corporal punishment (“the belt”) has given way to the terror of revoked screen time — generations separated by virtue of disparate physical objects — evocative of a horrible, dreadful outcome.

Until those words are backed up with actions, they’re just that: words. But words carry power, and their power is only as effective as our actions.

“If he who breaks the law is not punished, he who obeys it is cheated.”

We have rules and expectations for a reason. Leaders understand them, follow them, and talk about them. Leaders in families, leaders in our communities, leaders in corporations. The cliché of leading by example is fundamentally true.

We communicate with reassuring words so our values are clear for everyone to see. Here’s an example from a company’s annual report:

Respect: We treat others as we would like to be treated ourselves. We do not tolerate abusive or disrespectful treatment. Ruthlessness, callousness, and arrogance don’t belong here.

Communication: We have an obligation to communicate. Here, we take the time to talk with one another…and to listen. We believe that information is meant to move and that information moves people.

Excellence: We are satisfied with nothing less than the very best in everything we do. We will continue to raise the bar for everyone. The great fun here will be for all of us to discover just how good we can really be.

Fairly straightforward, right? Written in language everyone can understand and centered around values that are universal, these are innocuous (and some might say generic) values that everyone can agree to follow.

Except in this case, everyone didn’t agree to abide by them. This is from a 1998 annual report of Enron, the energy concern that played fast and very loose with its finances, leading to its demise and criminal charges against executives there.

Words are worthless without behavior that underscores them. They become meaningless thought bubbles, wisps of intentions scattered by the winds that whip through a ghost-town of ineffectual action.

When a company sends out communications with typos or grammatical errors, when an employee talks about grand plans to change a broken process but doesn’t see the project through, when a family member promises cease some behavior that has put a relationship in jeopardy but falls back into the same pattern, what do these things tell you about them?

This is why Facebook’s constant apologies are empty. They claim they stand for something, or that they made a mistake, yet they continue pushing forward, without oversight, a doomsday machine in motion.

“Indifference is… the permanent form of cruelty.”

Leaders care about the people they serve. And it is just that: service. They know it’s their responsibility to help people improve, achieve more, and become better people.

It means as a leader, you need to live up to the ideals you set forth for others, and it means following through with consequences.

In the mid-1940s and early 1950s, General Douglas MacArthur was a national hero. As General of the Army, he led the Allied forces in the Pacific during World War II and received the Medal of Honor. He was so popular that streets, public works, parks (see what I did there?), and even a dance step were named after him.

But when he criticized President Truman’s limited-war strategy in public (and secretly sent cables to the Tokyo embassies of some European countries that he would push for the war and would win it), it was too much. Truman, by the power granted to him in the Constitution as commander-in-chief, relieved MacArthur of his command.

It was a bold and severe move, complicated by the public adulation of the military hero. But Truman was always a man of his word — courageous and principled. A man of character.

More than what we do: who we are

And lest you think this is just about punitive actions, it’s not. When we give our employees benefits like family leave or paid time off, but work right through them ourselves, we’re telling them that work takes priority over family, regardless of our written policies.

This time of year, parents may have the power of Santa or Elf on a Shelf to back them up, but leaders don’t have those magical beings or the power of the Constitution to issue threats and consequences.

We do have our convictions though. The values we express. The morals that guide us as individuals and as executives.

Leading with integrity means following through on your stated intentions.

When you don’t, it shows.

For paid subscribers, I’ll see you back here on Friday with more links and recommendations for listening and reading. Everyone else, I’ll be back for one last essay before the end of the year.

This originally appeared in the December 16 issue of the Timeless & Timely newsletter.

What is Caniuse and How Can You Use It to Improve Your Website?

Raise Exposure to Silver Through this Trio of Miners

Seth Klarman: More Research Is Not Always the Answer