The most influential movements in history weren’t started by multinational corporations. The greatest leaders were not billionaires who bought their armies. The story usually revolves around a small group of people with hope who became a large group of people with agency. And if you want proof, all you have to do is look out the window in 2020.

Now more than ever, grassroots groups behind nonprofits, fundraisers and community leaders—not to mention small businesses—are competing against age-old institutions and vast enterprises… and they’re winning! Thanks to modern means of communications, the voiceless can band together like never before in history. Where once an organization might have been too small to make a difference, now those small groups are big enough. 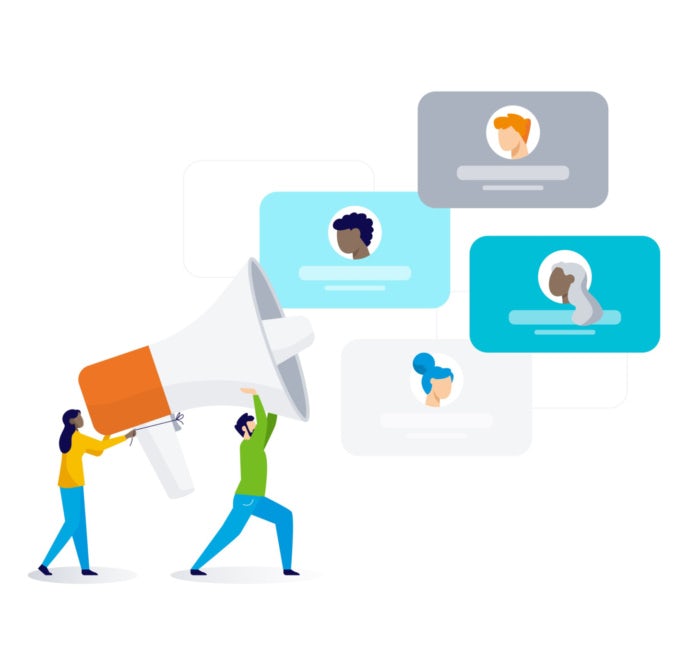 But no one said it would be easy. Small teams must streamline everything they do and squeeze out every last drop of efficiency just to stay competitive. But even so, how can teams of five compete with armies of hundreds? Who better to ask than NationBuilder, who provide digital organizing and community engagement software for nonprofits, campaigns and brands around the world.

Whether managing a relief effort for the pandemic, organizing a protest/boycott, running for office, or even for simply getting your startup off the ground, these 3 tips will help even the smallest teams create a meaningful impact—and fast.

Activism is… active. Having the most emails and subscriptions won’t change the world if they’re lying around, and yet just one person taking action can make a difference. That’s why it’s important to engage your community and keep them involved with action, even that action is only a small conversation or update.

Today, most of that action is done online, including planning outside demonstrations or rallies. No matter the focus of a group, most of the organizing typically revolves around social media, forums, emails, or electronic donations.

Digital outreach isn’t just for acquisition and attracting new members; it’s equally effective for strengthening community ties and building trust. Sending an email to thank members for signing up or posting a question about how your organization can improve are both ways make people feel involved—and that works just as well for businesses hoping to boost customer loyalty and elicit repeat purchases.

Your website, too, is an important home base for your community. Just ask the LivableStreets Alliance, who managed to drive a $5 million increase in the Boston transportation budget. LivableStreets smartly created three individual websites—one for each particular initiative they were supporting. By compartmentalizing their initiatives, LivableStreets could better focus their digital campaigns and cater specifically to the goals of each, rather than targeting all three at the same time, in the same way, to the same people.

As we touched on above, in small groups, everyone has to put in a little extra effort. That means wearing a lot of hats and taking on outside duties to make sure everything gets down. And that goes for supporters as much as employees and stakeholders.

But tapping into the zeal of your supporters is an advantage small groups have over big ones. Not only will mobilizing your community make efficient use of manpower, it also gives people the chance to participate in what they’re passionate about. 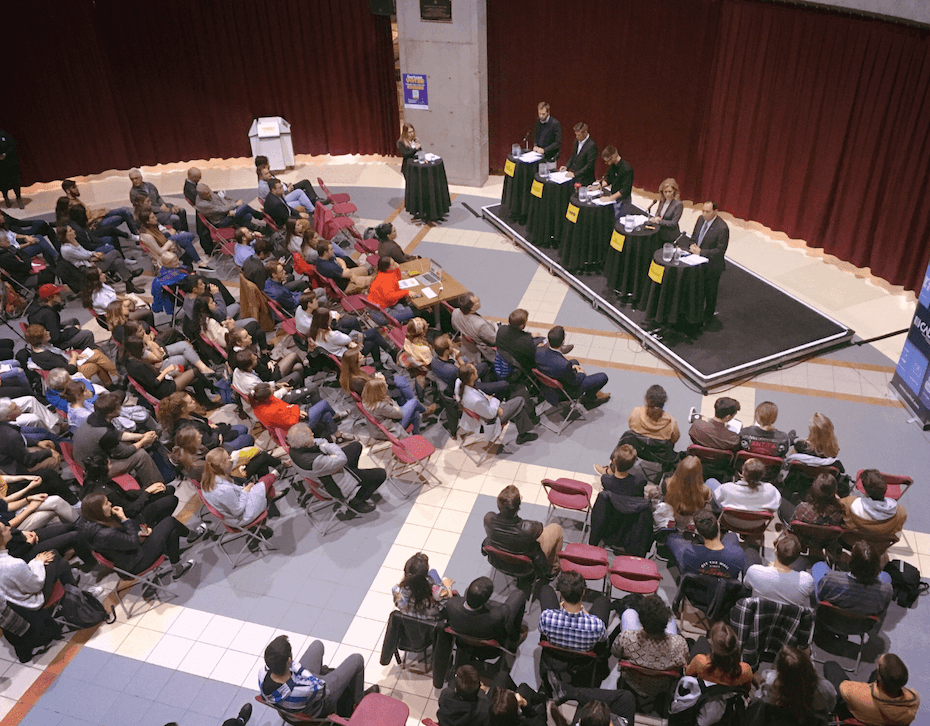 via 100 Debates on the Environment

Just look at how the Canadian environmental nonprofit GreenPAC handled their 100 Debates on the Environment, a campaign to increase voter awareness about where each candidate stood on climate change. In 2019, over a hundred of their volunteers worked together to create and oversee 104 debates with over 350 candidates and more than 15,000 citizens in attendance.

How was that possible? GreenPAC invested time to train their volunteers through digital outreach, calls and video training to prepare them for the new responsibilities thrust upon them. Empowering everyday people to make the great changes together that none can make alone… isn’t that the heart of grassroots movements?

Small groups may be the impetus for change, but sooner or later they must become big groups as their needs scale up. And while virtually anyone can create a new group or organization, not everyone has the know-how, patience, or sheer motivation to nurture and grow that group into something big enough to make an impact.

Luckily, a lot of a group’s growth has to do with infrastructure—how the group is organized, as well as how they present themselves and how they approach others. For example, does your website take the initiative to entice visitors to sign up? Or do you simply offer an email form field and expect the user to sign up on their own?

Design, usability and presentation all go a long way in increasing your conversions. Skilled designers can draw attention to certain calls to action or prioritize certain value points to be noticed on the page first. When used smartly, they can create a predictably visual flow of what visitors will see when they log on, and subtly usher people to the Sign up, Subscribe or Donate buttons.

Another aspect of infrastructure is knowing your supporters so you can best utilize their skills. Just ask Janelle Babington and Penny Eims of Animal Victory, who collected over 150,000 signatures for their animal rights petitions in just six months. Their secret was paying attention to how each supporter engaged with the group and then matching their talents where they were needed most.

The chips are stacked against small groups and businesses. What determines their success isn’t so much about numbers or publicity, it’s about the strength of the movement itself. Are they organized? Are supporters being utilized to their full potential? Is everyone working together in the same direction or pulling each other apart with too many agendas?

To help manage the logistics of small groups and organizations, NationBuilder enables you to easily create a web presence, design petitions, schedule emails and texts to be sent at optimal time, create sign-up pages, process payments securely and more.

Are you a nonprofit agency battling COVID-19? NationBuilder are offering software and services absolutely free during this period of time. Click here to learn more.

The post How to make a big impact with a small team: lessons we can all learn from nonprofits appeared first on 99designs.

Coronavirus: What’s changed for retailers a week on?

Ecommerce Without All The Fees