In today’s fast-moving market, it’s more critical than ever for brands to be agile and resilient in the face of unfavorable public opinion. To that end, we’ve rounded up a handful of successful crisis communication examples and synthesized them into a list of lessons marketers can learn from them.

Why is it important to learn from the work of others? Well, because the odds of something similar happening to your company are pretty high. And the majority of businesses are not prepared to respond effectively.

Responding to a survey conducted by Edelman, 80% of executives said they felt it has never been more important to build resilience in their organizations. Yet, fewer than half said their companies were prepared to respond quickly to a crisis.

For businesses embroiled in scandal, recovery can take time; 30% of board members say their companies’ reputations rebounded in less than a year after a brand crisis, while 16% said the recovery took four years or more. Think of the damage that could occur in that length of time.

Your brand’s best bet is to get ahead of any future problems by proactively creating and testing a comprehensive crisis management plan that includes a robust guidance around communication.

What is crisis communication?

Before we go any further, let’s level set on what “crisis communication” actually means. Simply, crisis communication is a method of sharing information intended to improve public brand perception in the face of a scandal or other negative event. It is one arm of an effective crisis management strategy, and typically involves multiple internal teams (corporate communications, public relations, social media, and legal to start) collaborating across various channels including the business’ social, web and email properties.

The importance of strong crisis communication

Few established businesses have escaped the unwanted attention that comes from a brand crisis. The real differentiator between brands that rebound from these events and those that don’t boils down to the effectiveness of their crisis communication and how well it is received by the public. In fact, 41% of consumers say they would return to a brand that makes an apology and admits its own wrongdoing.

If (and, more likely, when) a breach of customer trust occurs, it is critical to address it appropriately to stave off the worst possible consequences, which might include negative impacts to:

The role of social media in crisis communication

Social media plays an important role in crisis communication, but it should not be the only channel in which businesses are sharing their messages. As is true in most cases, social media should be used to amplify key information, monitor brand sentiment and increase customer access to the company during times of crisis.

Today, June 21, 2022, Cloudflare suffered an outage that affected traffic in 19 of our data centers. This was caused by a change that was part of a long-running project to increase resilience in our busiest locations. Here’s what happened: https://t.co/Hb7lRJ2ND6

In fact, social media itself is a common source of brand crises, so it’s important to make sure that your business’ communications strategy includes details specific to handling these events and their aftermath.

The last several years have seen brands grappling with a number of external crises outside of their control (the COVID-19 pandemic, social unrest, geopolitical tensions, etc.). Yet, a host of brands have also dealt with the ramifications of misconduct or negligence inside their own organizations—which, in many cases, can be even more detrimental.

We’ve all seen the headlines about brand scandals and businesses’ attempts to reclaim their reputations. In some cases, these stories even tell tales of ill-conceived crisis communication strategies that failed to improve the situation or even exacerbated it.

While there are certainly lessons to learn from these public relations debacles, there is perhaps even more to take away from successful responses. Below, we’re sharing some relevant crisis communication examples from the last five years and offering key takeaways for brands.

In February 2022, a widespread outage occurred at Slack, an online messaging application, during which many users were unable to access the platform. The problem was eventually traced back to a configuration change, which caused a sudden increase in activity on the company’s database infrastructure.

On its status page, Slack posted regular updates throughout the five-hour event to keep users informed about their progress toward a solution and even calling out missteps they made in the process. These messages, posted about twice an hour, transparently detailed the company’s efforts to restore full access to all users. They also used Twitter to communicate with users in a tone that was authentic yet apologetic (see below).

Lesson for brands: Be as honest, transparent and accessible as possible.

Things we’ve learned on 2-22-22: Tuesdays can go two ways, two deep breaths can make a situation more manageable, two heads are better than one, and we’re twice as grateful for your patience during today’s disruption—no two ways about it.

Another faux pas was committed by Aldi, a German grocery store chain, when they allegedly infringed on a trademark owned by rival grocery store Marks & Spencer (M&S)—related to its Colin the Caterpillar Cake. It turns out Aldi had launched a suspiciously similar product, named Cuthbert, in the previous months.

Aldi launched a cadre of Tweets using the new hashtag #FreeCuthbert, which trended at number one on Twitter within hours. Fans of the brand (and of the snack) rallied around Aldi, retweeting its messages and voicing their support. Views of user-generated videos topped out at over 30 million. In the end, M&S and Aldi settled the conflict and Cuthbert remained on the shelves.

Lesson for brands: Engage your audience and use social to your advantage.

In late 2020, a 40-year-old Black man, João Alberto Silveira Freitas, was killed by a group of white security guards outside one of Carrefour’s Brazilian supermarket locations. Bystanders on the scene took videos of the brutal attack and posted them to social media, sparking outrage among Brazilians and other concerned citizens across the globe.

In the aftermath of the event, the local unit of Carrefour made a statement saying they were terminating their contract with the security firm as well as taking immediate legal action against them. In addition, they also promised to review how employees and contractors were trained on security, diversity and tolerance, and also to close the store out of respect for the victim and his family.

The chairman and CEO of the company went further, saying in a Tweet “My values, and the values of Carrefour do not allow for racism and violence.”

Lesson for brands: Ensure leadership visibility and reflect your values in all crisis communications.

Isn’t it ironic that a fast food restaurant known almost exclusively for its fried chicken ran out of its namesake product? That’s exactly what happened in 2018 when the United Kingdom arm of the chain experienced supply chain issues that resulted in a shortage of many of its key ingredients and the closure of 900 locations.

In response, the company leaned on its irreverent brand voice to poke fun at its own misstep. They launched a print campaign in which their buckets were labeled “FCK” instead of “KFC” and took to Twitter to engage with fans who were upset about temporarily missing out on their favorite meal.

With ad headlines like “The chicken crossed the road, just not to our restaurants,” KFC helped customers find the humor in the situation and effectively turned the tide of public sentiment. KFC’s brand impression score, which dropped to -12 during the crisis, has now bounced back to a -1 (one point better than before the event).

Lesson for brands: Don’t lose sight of your brand voice during crises.

It’s hard to imagine anyone would find a Tide laundry detergent pod appetizing, but when the Tide Pod challenge kicked off on YouTube, teenagers were being sent to the hospital left and right. In 2017, more than 200 adolescents ingested a pod, and about a quarter of those cases were not accidental.

In response, Tide launched a campaign in early 2018, in partnership with football star Rob Gronkowski, designed to deter this dangerous behavior. This is a textbook example of crisis communication done well. By leaning on the cache of a well-known and admired athlete, the company hoped to shift the narrative to make the Tide Pod challenge seem silly and uncool.

Lesson for brands: When it makes sense, partner with influencers and celebrities.

What should Tide PODs be used for? DOING LAUNDRY. Nothing else.

Eating a Tide POD is a BAD IDEA, and we asked our friend @robgronkowski to help explain. pic.twitter.com/0JnFdhnsWZ

Each of the recent crisis communication examples listed above illustrate a particularly successful approach to crisis response that can be replicated when other brands find themselves in similar situations.

If your company does not have a crisis communication plan in place, you could be caught flat-footed the next time a brand scandal pops up. Sprout’s guide to building a crisis management strategy can help you get started.

Instagram for Small Business: 15 Tips for Success for Any Business

How to get verified on TikTok: 6 tips and tricks

How To Get More Followers on Instagram [5 Simple Steps]

July 14, 2022
Check Also
Close
See How A Guy No Experience And Minimal Intelligence Is Making Over $250/day Online. If He Can Do It, Why Can’t You? 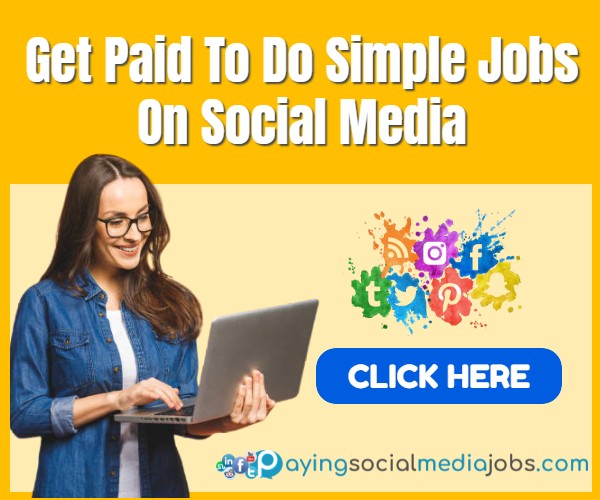